How can crisis strengthen and revitalize our communities?

And what if we don't wait for crisis?

We live in turbulent times. Change is our constant companion. How do we thrive in times of change? How can we crystallize new possibilities rather than fracturing with brittleness?
Join us for this special conference hosted by Thrivability Montreal, featuring visiting guests Bob Stilger and Yuka Saionji, who will share powerful, inspiring stories of resilience in Japan following the March 2011 disaster. Through a mix of storytelling, experiential learning, conversation, reflection and play, we will explore these questions:
In crisis, we draw on our connections; we improvise; and we wholeheartedly serve life. On November 3, we will explore how we do this, together.
The fee for participation is $200, including lunch and refreshments. Our goal is to make this event accessible at the same time that we honour its full value and cost. In this spirit, please feel welcome to propose a fee that will allow you to be with us.
You’ll find more information about Bob, Yuka and local hosts Michelle Holliday and Belina Raffy below. To register, visit:
www.ThrivingThroughCrisis.eventbrite.com.


Please RSVP no later than October 28.  If you have questions, please contact Michelle Holliday at 514-299-9884 or at michelle@thrivableworld.org. We hope you will join us. 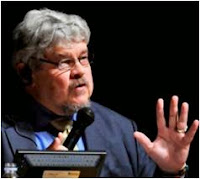 Bob Stilger, PhD works with people around the world who are building thriving, resilient communities.  Since 2011 much of his time has been spent n Japan working with people to use the 3.11 disasters as a springboard to create a new future.  In 1974 he co-founded Northwest Regional Facilitators, one of the early community development corporations in the US, and served as its Executive Director for 25 years. For the first decade of this century, he worked with The Berkana Institute, serving as its Co-President.  Berkana, founded in the early 1990s by Margaret Wheatley, worked with communities and pioneering leaders in all types of organizations throughout the world.  Bob hosted many of Berkana’s global Learning Journeys, developed Berkana’s learning and consulting programs, and was one of the many founders of the Art of Hosting. Currently Co-President of New Stories, Bob teaches in three graduate schools and works as a community and organizational consultant, speaking and offering workshops on transformative leadership in the Americas and Asia. His doctoral research and continued inquiry in the world is around the emergence of forms of leadership which bring forward the wealth and wisdom of community.

Yuka Saionji is a third-generation peacemaker who works with the Goi Peace Foundation, which is dedicated to promoting world peace, transcending all boundaries of race, religion, or politics, with a belief that peace begins in the mind of each individual.  Yuka also serves as Vice-Chairperson of Byakko Shinko Kai, founded 40 years ago by her grandfather, Masahisa Goi. Byakko Shinko Kai’s strong advocacy for world peace begins with the simple prayer, “May Peace Prevail on Earth,” and spreads through a variety of events including the global, interfaith Symphony of World Peace Prayers and through the World Peace Pole movement. Yuka is a board member of Miratsuku, a non-profit organization working on community-building through dialogue. In 2012, she spoke at the UN General Assembly about peace and resilience and received a standing ovation. Yuka is a member of the Evolutionary Leaders in Service to Conscious Evolution, and she works with youth around the world on projects for peace. She is also involved in the World Spirit Youth Council, which is a movement to activate spirituality among young people from many countries. Yuka was born and raised in Tokyo and lived in the United States and Germany during her childhood years. She has a degree in law and has a published book in Japan called The Notebook of the Heart.

Michelle Holliday is a Montreal-based consultant, facilitator and presenter with 20 years’ experience in organisational strategy. Through her work, she inspires and supports the fertile conditions for creativity, collaboration and resilience to emerge. She is the founder and principal of Cambium, a multi-disciplinary team offering an innovative and integrated approach to strategic planning, organisational performance and branding and communications. She is driven by the desire to help usher in an expanded set of beliefs and practices based on a view of organizations as living systems.
Together with Belina, Michelle is launching a global quest called Thrivable World to chart how organizations must be if humanity is to survive and thrive.  The quest will begin on January 23, 2014.
www.cambiumconsulting.com, www.thrivableworld.org 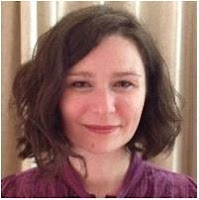 Belina Raffy, MBA, is a global consultant and facilitator, as well as a master at creating engaging, effective, aligned learning experiences. She works with a wide variety of organizations around the world to create the conditions for people, businesses and the Earth to thrive. Specifically, she equips clients with applied improvisation tools, techniques and ways of thinking that enable more creative, joyful and effective collaboration. Her clients include Nestle, P&G, Bristol-Myers Squibb, Coast & Fisheries Governance for Ghana, Symantec, Kew Royal Botanical Gardens, Charity Finance Group and Newcastle Science City. She is passionate about bringing the thrivability movement to life around the world. And she is writing a book entitled, Using Improv to Save the World.
www.maffick.com, www.thrivableworld.org


In the heart of beautiful Parc La Fontaine. 10 minutes walk from Sherbrooke or Mont-Royal stations.  Accessible by bus 14 or 11. Parking at Centre culturel Calixa-Lavallée or on Avenue du Parc-La Fontaine.  Accessible to those with reduced mobility.

Promote Your Page Too